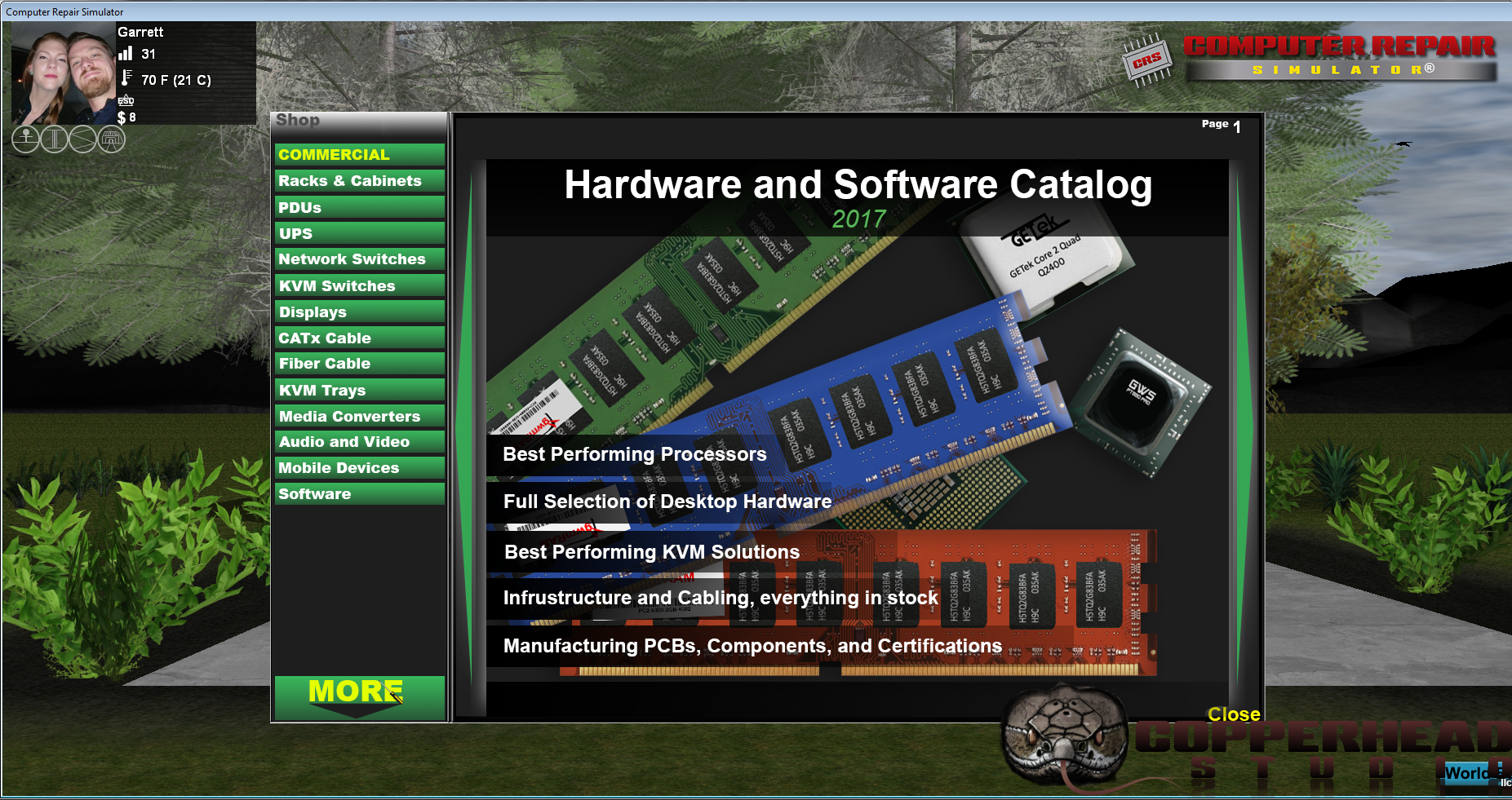 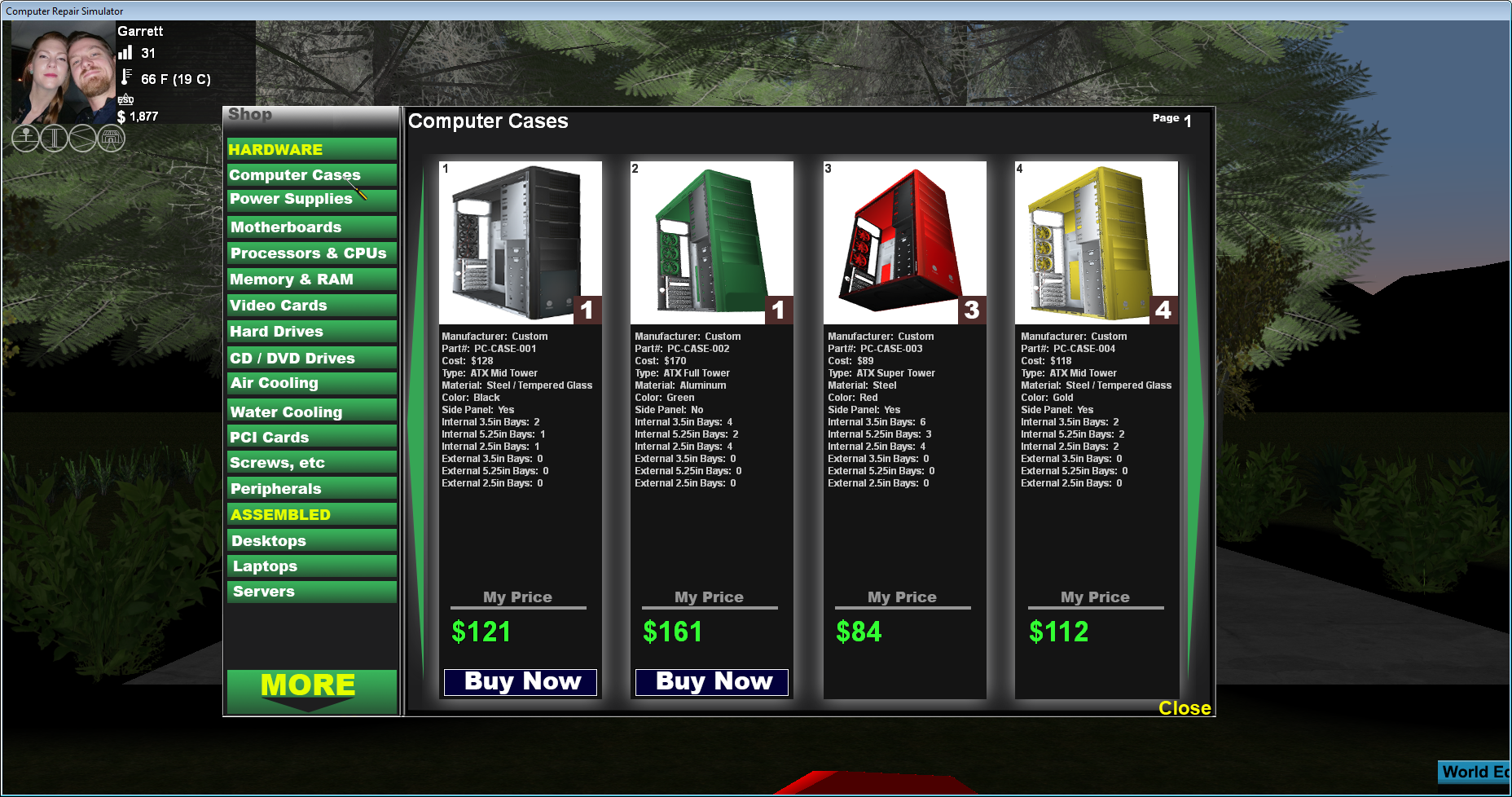 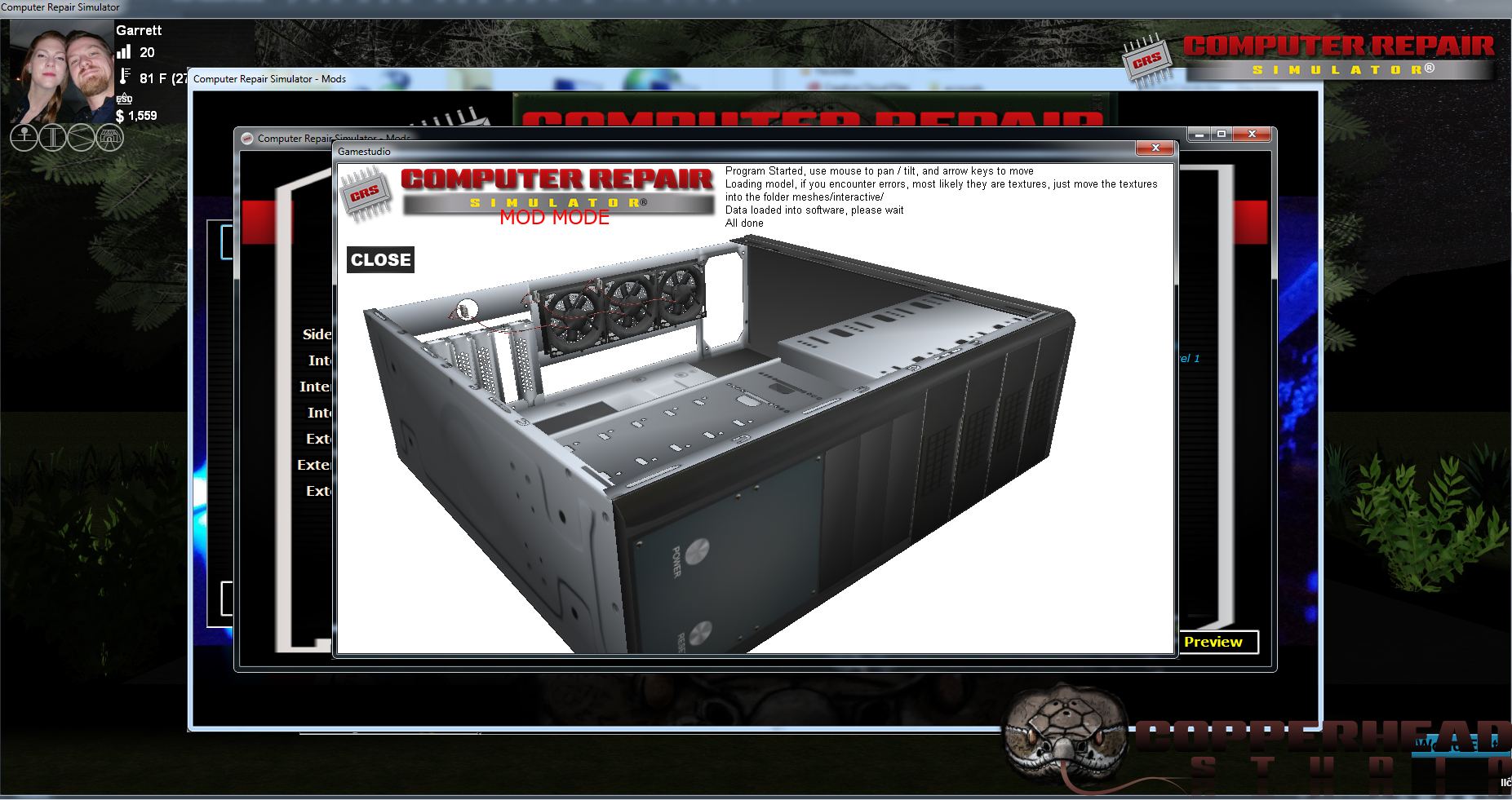 A little snapshot of what is coming down the line.

After about 2 weeks of working on the skills, this stage is finally complete.  About 55% of the skills have been linked, the remainder will be linked as more development goes on. I also have added a bit of international language support (at least I am trying). I also had some good time to test most aspects of the skills with accelerated XP gain. The next item on the roadmap will be the Inventory / Shops. 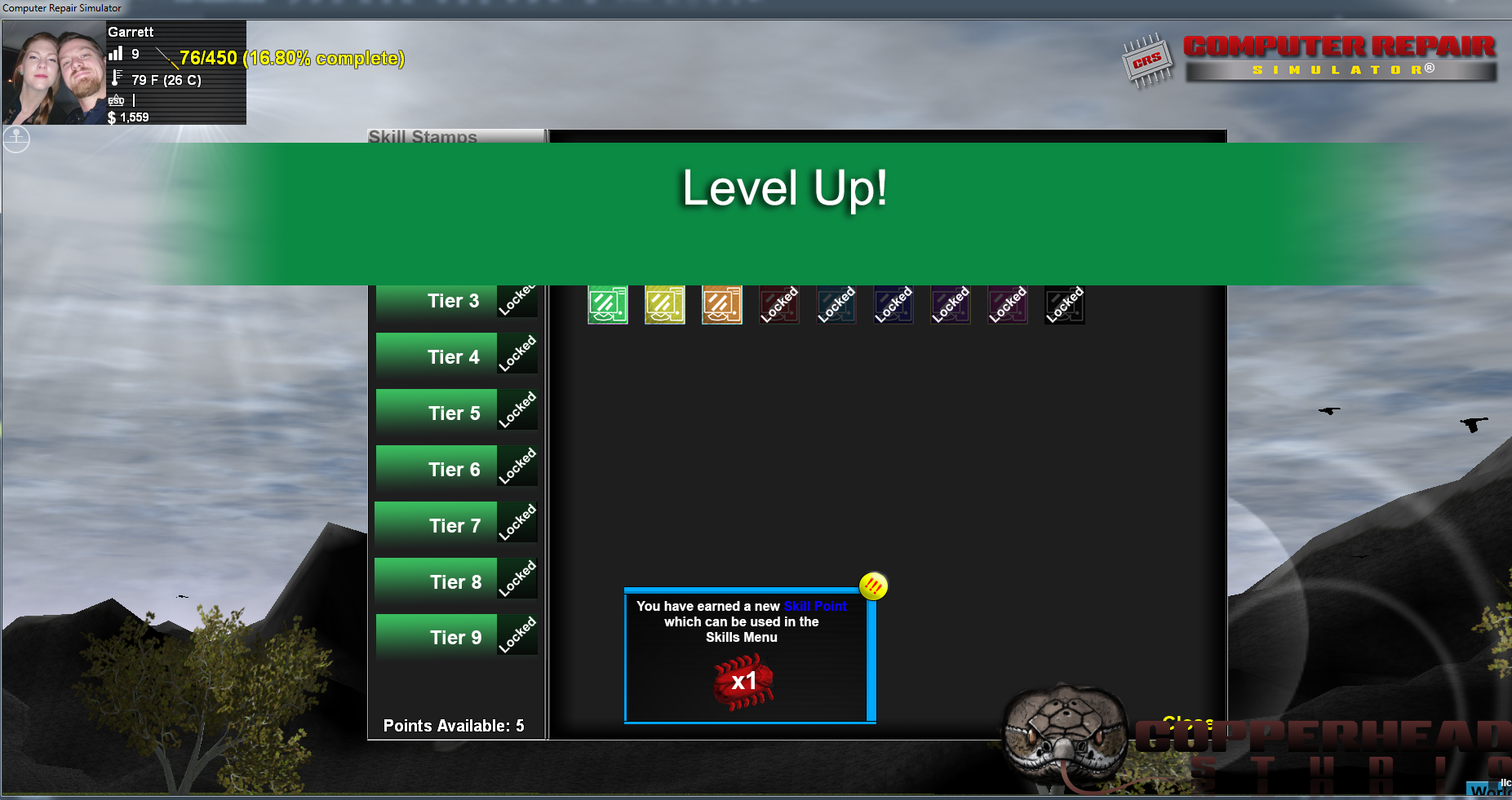 I have managed to code up to 100 skills and achievements, linking the level, level points, skills, and everything else.  Coming along well.  I have been updating the facebook page with updates, so sorry there hasn’t been anything new in a while, but I am making good progress. 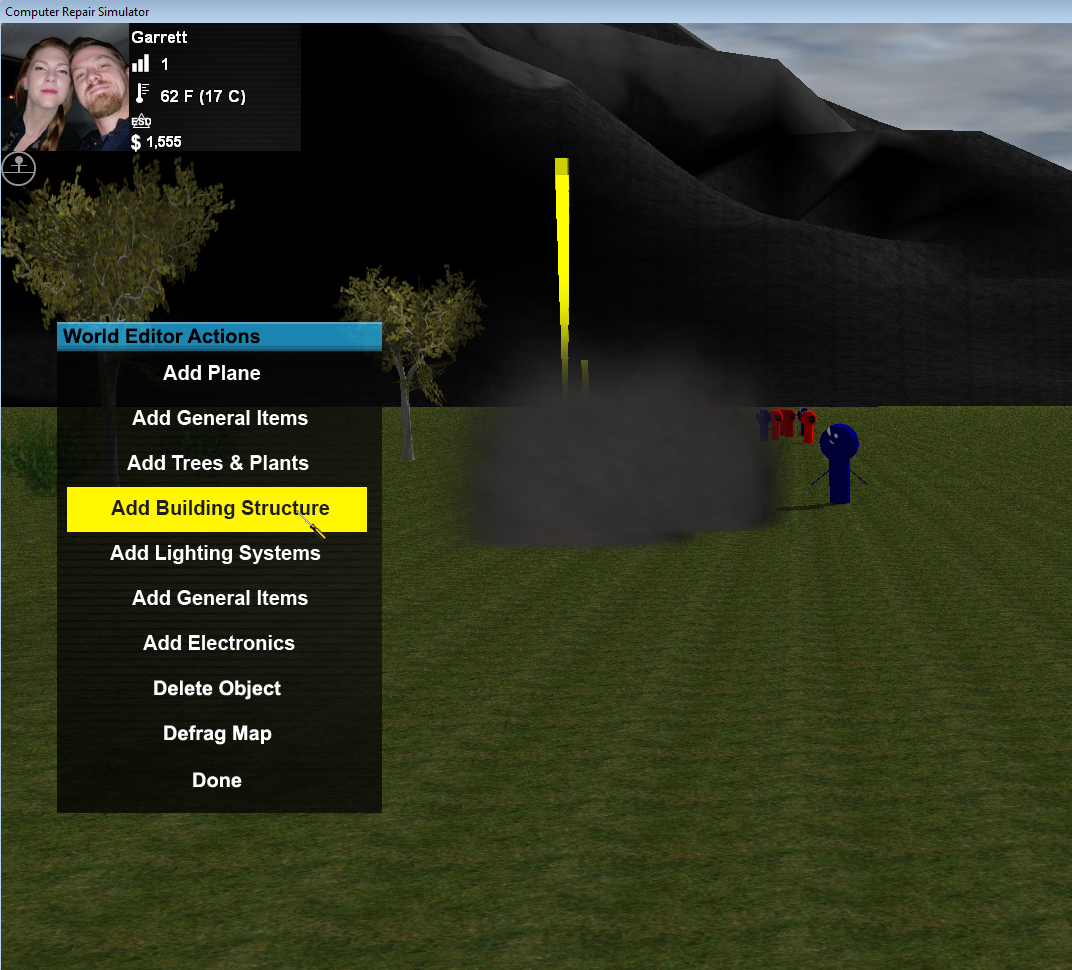 Version 1.0.0.7
-Getting back in tune with things, traveled to Las Vegas and Washington DC last week for work and tradeshows.
-Fixed bugs with moving objects in the editor where the roll may have become reset when moving forward, backward, left, and right. This is fixed in 1.0.0.6
-Added new feature to world editor to now move the created object closer or farther away from you. Farther is good for world objects, closer is good for building electronics / boards / details.
-Now that the base editor code / launcher has been tested pretty well and the bugs have been found, here are some upcoming features to expect in the next release
*Buiding a computer from the ground up, testing with a monitor / keyboard / mouse while interacting with buttons and software (restrictive mode with limited items)
*Fun Rack Building Game: load servers into a rack and prepare to deploy them, you are up against the clock so the more racks you get out, the more time you can earn. Each level gets harder. Players will learn about basic racks / cabinet systems and installing the basic
server in a rack while rigging the power / network cables.
*World Planes (grass, dirt, rock, patio, etc.): items you can place as world flats
*Light Switch / Bulb system: Players can link switches and lights. Later this will link buttons on electronics to activating power to items
*Building Systems: walls, floors, trusses, supports, roofs, ceilings, stairs, functioning windows, functioning doors. Enough to build a town system or scenario. Players can build their warehouse / office and begin rigging it up for a scenario.
**Future release: Easy / Simplistic Computer Repair Simulator game (simplified version of Computer Repair Simulator that will be the game, not the educational tool) 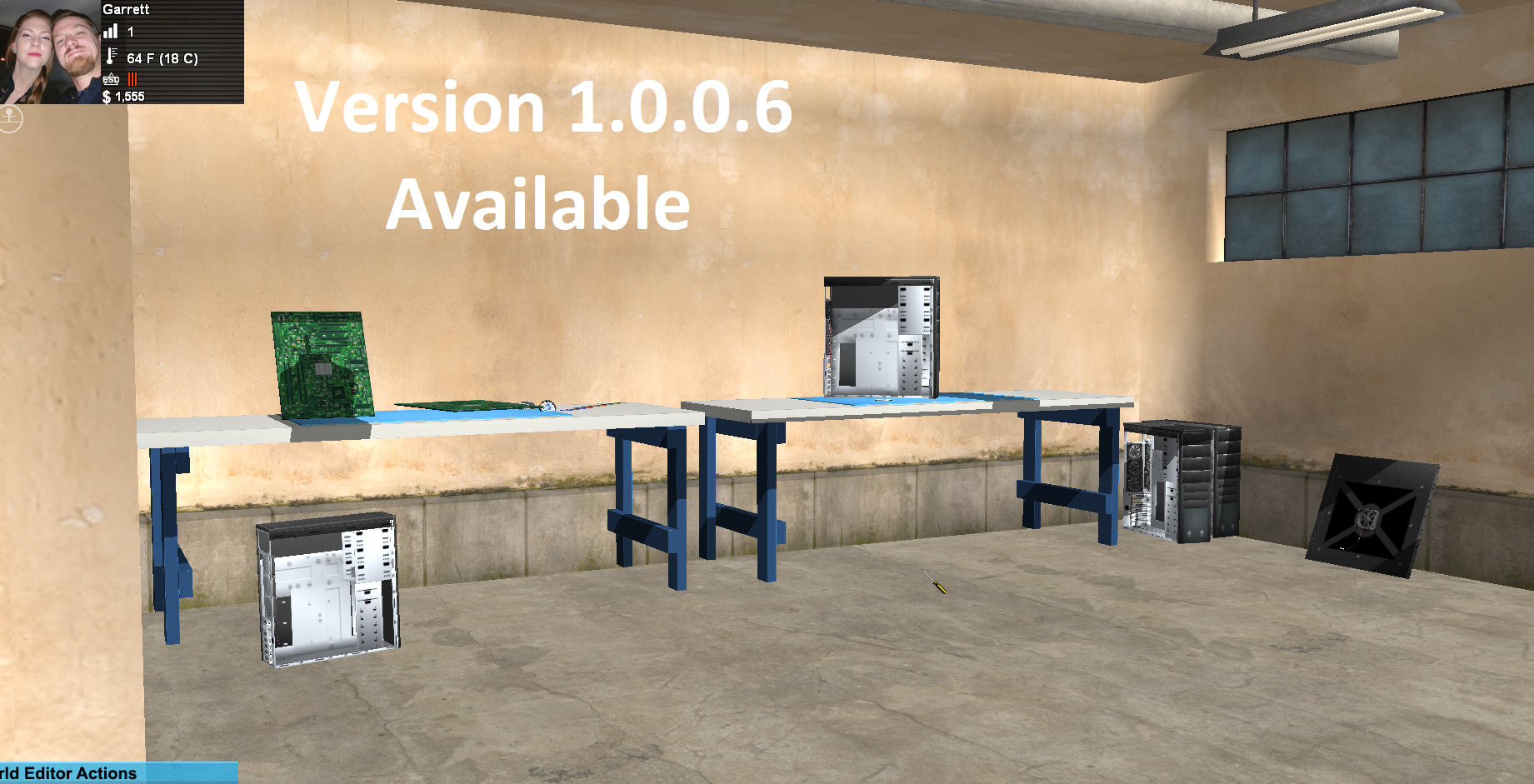 Sorry, it was late last night when I released and some of the code wasn’t fixed before compiling.  I tested this release on several machines before uploading, and have duplicated and resolved all of the bugs up to this point.  Please let me know what you find in this release on our forums.

This version adds the capabilities to add electronics, PC cases, PC hardware, and some other stuff like tables and components.  It is just a start, but will later be more mature. 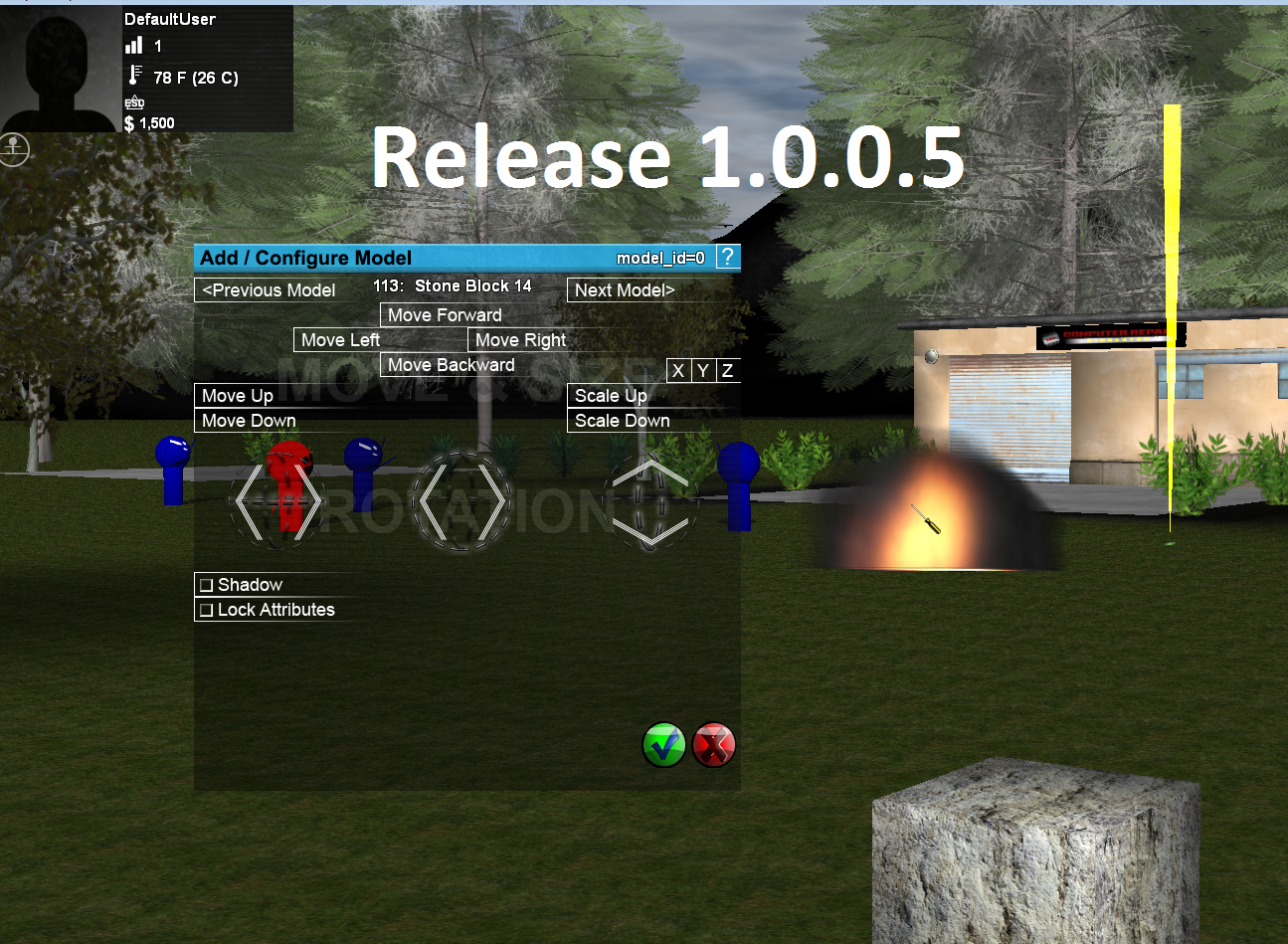 Sorry guys, I found too many issues with the release from yesterday that had to be patched.  Please use version 1.0.0.5 and report any feedback / issues.  We will soon put up a forum for bugs / discussion / ideas.

Check out our downloads page for Computer Repair Simulator 1.0.0.5. 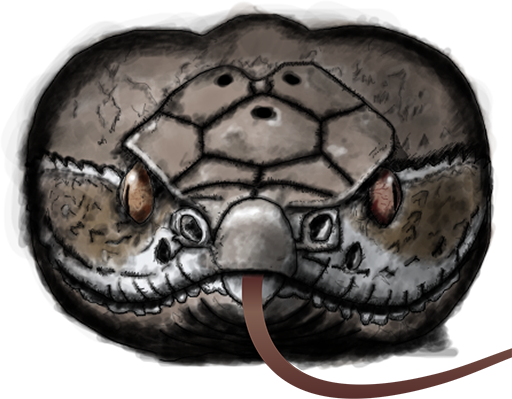 Here is a new release of Computer Repair Simulator which incorporates the level editor.  I am working on adding more content to the editor now, but this is everything up to that point so users can provide some feedback.

This release also supports:
-Restricted Computers (no admin rights / special policies), this is the default application
-Full Game, but requires registry access (users who have administrative accounts)
-manifest for the EXE files, hopefully it will trigger the proper settings to allow full access

Feedback would be appreciated…oh and enjoy releasing ESD on the birds in the sky.  Its a quick way to get money.

Note:  Scannedd with Malwarebytes and Symantec.  Avira shows a false positive which will be worked out shortly.

Note:  some settings are set fron development and may throw exceptions in the Launcher, I will fix these next release, just press Continue if this exception occurs.