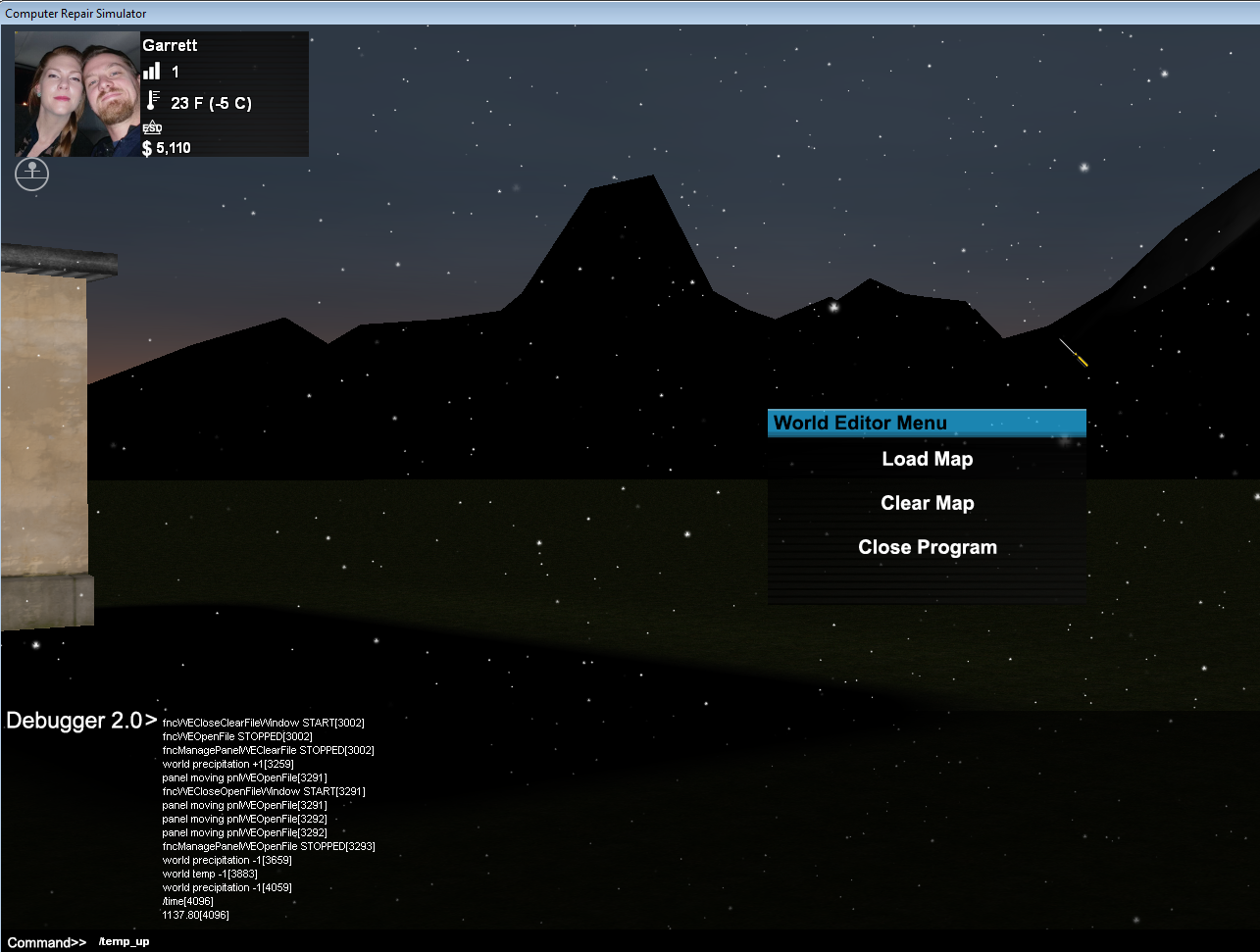 We also support a leveling system which begins to teach the basics of electronic and electronic assemblies in steps and in addition to adding in game jobs that require the player to perform tasks such as terminate and run copper and fiber optic cable, configuring home routers/switches, installing equipment in a 19″ server rack, etc. The jobs can be limitless and are based upon real world experiences.

For example; Home users will learn how their cable set top box works and how it interfaces with the tv (let alone learn about their TV and potential capabilities), and how it interfaces with all of the devices in the house using wired and wireless technology. It will guide the user through tasks while the game will give hints if the player is stuck.

A second example; You broke the screen on your phone and you don’t know how to replace it. You watch Youtube which is fantastic, but why not attempt to do it yourself in the game engine which will simulate successes and failures while teaching you tips / tricks along the way. It will show what tools are needed for the job so you can prepare before you attempt the job yourself.

Last example; you are a student who wants to work in this field, now you can try it out in this program. You will learn the latest practices and methods of how to accomplish tasks in the real world while using real world applications.

Game Status / Roadmap (completed):
-cdkey and serialization of each copy
-system to generate cdkeys and store them on a server database
-game launcher which allows for full video, audio, key, and multiplayer controls of the game
-user profile system, 3 users who can each have a unique profile
-weather system done
-debug system / console done
-level editor
-temperature and humidity system
-all base functions to begin working on game content

I have just finished the framework for the DEBUG system (every time I write that it is in upper case lol), so now the players can set the game to debug mode. They can select how many FPS they run (from 1 to 10 in debug mode, or even faster) which will help catch functions that have acted badly in slow motion.  A terminal emulator has been added / coded which can show what functions have run and stopped, along with displaying some very important game information, along with executing special commands to change the world / game parameters.  The output on the terminal will add a tick, or a unique point in time of the game play which can be used to determine where the bug exactly is by following wait(1) statements.  The player can type in special functions to do some pretty cool things.

There are 6 debug levels.  Level 0 should NOT throw any warnings from the game or the DEBUG terminal, but if set at a higher level such as 6, you will see every detail of the game…and bug fixing will be so much easier.  This not only makes the software more professional and stable, but should also decrease support time.  The system is extremely modular, so I can easily add / remove commands within seconds.

If you have any ideas for commands to debug or interact with the world / game, please post or email them to me (garrett@garrettwademan.com) and I can probably add them if it makes sense.